March 14, 2021
During the 2020 Presidential election a record number people voted by mail or absentee ballot.  The majority of these people voted for now President Joe Biden while most Trump supporters voted in person.  In fact, 159,633,396 total votes were cast with Biden getting 81,283,098 votes, or 51.3 percent while Trump won 74,222,958 votes, or 46.7 percent of the votes cast.  More people voted in this election than for any other in history.  Now, you would think that this was a good thing, correct?  Sure, voter turnout is usually dismal at best especially during off Presidential elections.  Again, this was a really good thing, right?  Well, it is not a good thing according to Republican State Lawmakers.  In 43 states across the country, Republican lawmakers have proposed at least 250 laws that would limit mail, early in-person and Election Day voting.  These limitations include such constraints as stricter ID requirements, limited hours and a narrower eligibility to vote by absentee ballot.
0

Marjorie Taylor-Green / A Threat To Us All

The Covid-19 Vaccine / Part of the Solution

Insurrection / How Deep Does It Run

Consolidation Appropriations Act of 2021 and the Covid Relief Bill

THE RIGHT TO GRIPE - J. M.
Because We All Have The Right To Gripe. This blog is my opinion and the opinions of it's readers who respond with their opinions. I am not responsible for their opinions or actions.

Schmuck Of The Week Award 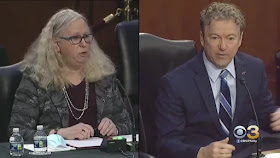 This weeks award winner is Kentucky Senator Rand Paul. This ass hat compared gender-affirming surgery to “genital mutilation” during the confirmation hearing for Dr. Rachel Levine, President Joe Biden’s nominee for Assistant Secretary of Health. This moron should be muzzled and impeached from the Senate. I could think of a few other things I would want to do to Rand Paul, but men might come to my house

Hanging With Mr. Pissed Off

People really piss me off. Everytime I go out for a drive, I see tons of garbage rolling around the streets. What makes these idiots think that the Earth is their garbage can. It is so easy to just hold onto the trash until you get home. STOP LITTERING you filthy swine! 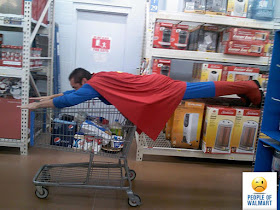